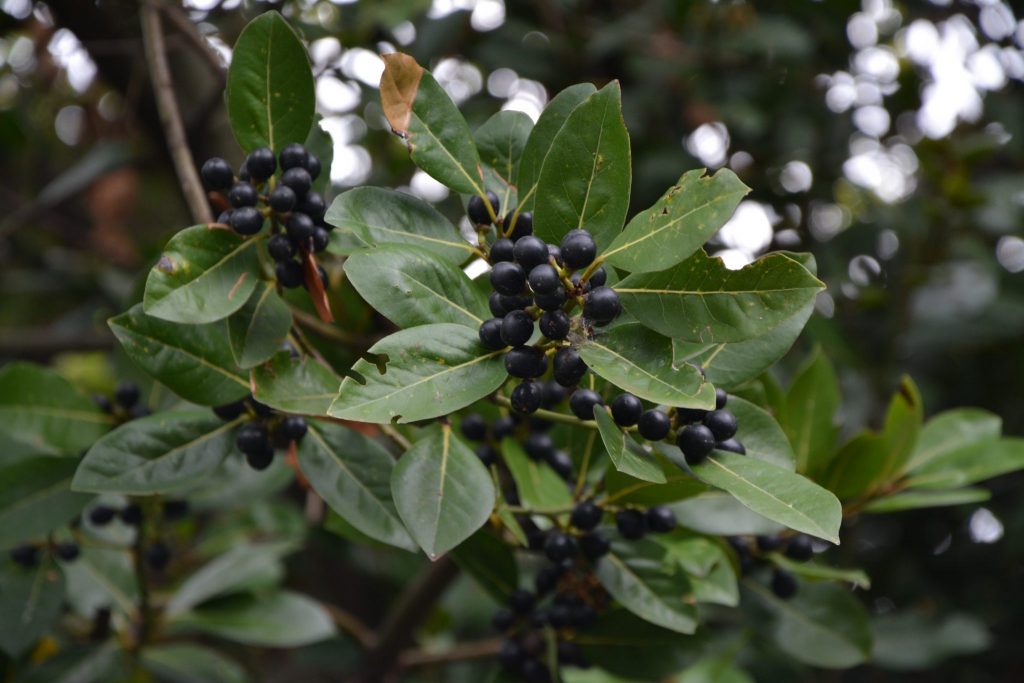 Bay laurel is an evergreen tree * which can reach 10 m. It is naturally present on the islands that make up Macaronesia (Madeira, Azores and Canaries) where it forms real forests, called laurisylva.

These vegetation formations, which have became very rare, were present all around the Mediterranean before disappearing 10,000 years ago due to the warming and drying climate, and have survived only on these islands where the sea entrances bring moisture and softness.

Throughout antique times, Bay laurel was associated with victory, enlightenment, wisdom and protection. Among the Romans, Bay laurel was consecrated to Apollo and symbolized triumphs. The victorious generals thus received a crown made of laurel branches.

It was also a highly esteemed plant in ancient Greece, the Delphian pytians chewed bay leaves and used them as smoked incense to stimulate their visions and clear their minds before delivering their oracles.

In the Middle Ages, the Roman custom of the laurel crown was prolonged to distinguish scholars in universities or medical graduates.

Bay laurel is thus still to this day always associated with success. The term laureate comes from laurus, the laurel, as well as the baccalaureate, from bacca, bay and laureatus, , decorated with laurel.

We know of Bay laurel especially in our kitchen, as an essential ingredient of bouquets garnis. Used fresh or dry, it brings powerful aromas, and should be used sparingly and removed before serving the dish. Harvesting can be done all year round except for the flowering period in the spring, when the leaves become more bitter.

Be careful not to confuse it with other toxic laurels such as cherry laurel Prunus lauraocerasus L. or pink laurel Nerium oleander. The most famous story about this is a squad of Napoleon soldiers that was decimated after using Pink bay branches to cook their meat.

Bay laurel is also an effective medicinal plant and is known for many uses. Its leaves contain an essential oil composed mainly of eucalyptol (as in eucalyptus), pinenas (such as in Scots pine) and eugenol (such as in clove). This original composition makes it very useful in many indications: respiratory affections, dental pain, inflammations and infections of the gums, articular or muscular pains, care of the scalp or skins with problem.

Here is a hair mask recipe that fortifies the scalp and makes hair healthy and shiny.

* Evergreen: which keeps its leaves throughout the year.