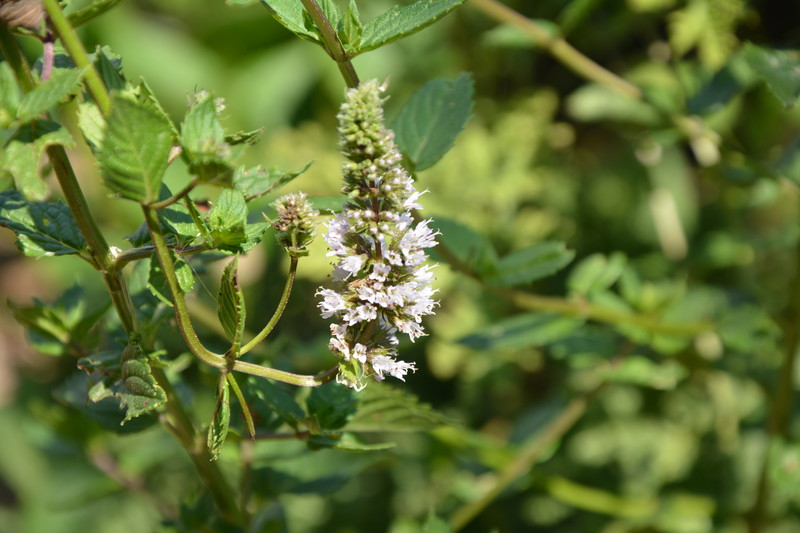 Peppermint is a major plant, both for herbal teas and as a flavoring agent.

The plant is fairly recent, it was not before the end of the sixteenth century that an English naturalist described it for the first time. As for its exact origin, it remains mysterious.

Peppermint is grown in France, particularly in the region of Milly-la-Forêt (Essonne) and Chemillé (Maine et Loire). It benefits from a park brand within the Gâtinais Regional Nature Park, which testifies to the expertise of mint growers and its ecological production.
It had its own moment of glory between 1900 and 1960, but in the face of competition from other countries with cheap labor, French cultivated areas were divided by ten in the laps of thirty years.

Fortunately, the concern for local supply and the gustatory quality of French mint ensure the continuity of its culture. L’Herbier du Diois has established partnerships with producers in the region to install new fields of peppermint.

In herbalism, peppermint is widely used to ease difficult and painful digestions, intestinal spasms and fatigue. It relieves nausea and fights motion sickness. Its complex action on digestion makes it possible to regulate the transit, in case of lazy intestine and in case of diarrhea.

Its fresh leaves are effective in friction on insect bites because they are analgesic and anti-inflammatory.

Peppermint is a plant rich in essential oil and should be used with caution at therapeutic doses. It should not be used on children, pregnant or nursing women. A simple concentrated infusion can cause seizures in young children.

In the garden, peppermint is cultivated easily, in a deep and well-watered soil. Avoid watering by sprinkling because it causes rust on the leaves. It is a hybrid, so the peppermint does not produce seeds and multiplies only by tuft, or root division. It is a very attractive honeybee plant for bees.

In the garden of the Herbier du Diois, you will find a collection of peppermints but also other mints with amazing perfume such as liquorice mint, basil mint or banana mint!